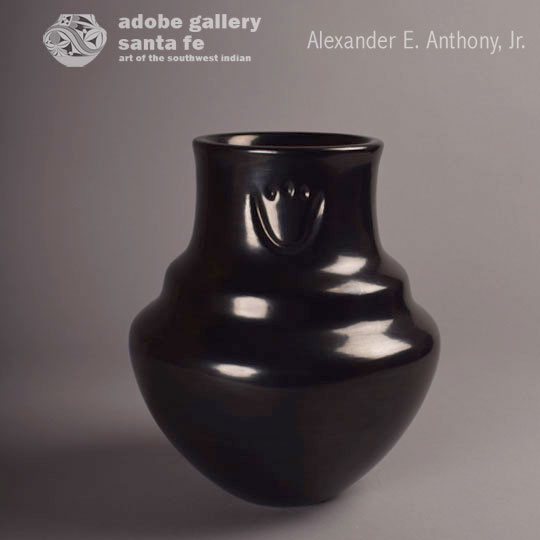 Santa Clara Pueblo artist Mela Tafoya Youngblood was best known for her blackware pottery water jars with bear paws.  This jar resembles those made famous by Mela’s mother, Margaret Tafoya.  It has the double shoulder and impressed bear paw design. This is a very strong jar with a globular body that anchors it beautifully.  The cylindrical neck provides height in a graceful manner. It is signed and dated 11/24/78.

Mela Tafoya Youngblood (1931-1991) Mistletoe Yellow was a daughter of Margaret Tafoya, granddaughter of Sara Fina Tafoya, and mother of Nancy and Nathan Youngblood.  She won awards practically every year from 1976 through 1989 at Santa Fe Indian Market, so there is no doubt about her talent and the respect given her. It is unfortunate that she passed away at such a young age. She was still very active at that time.