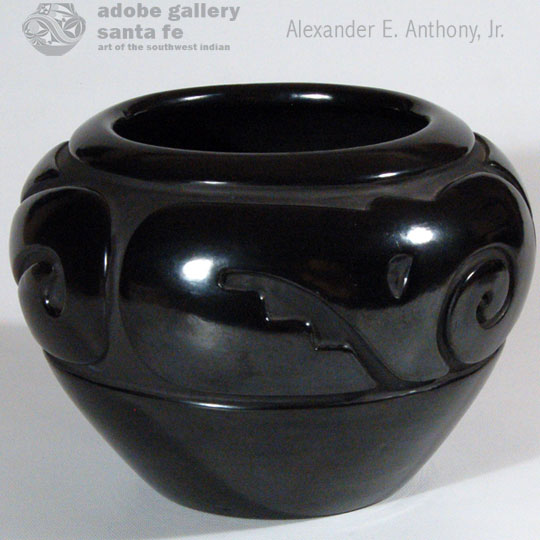 As we have stated before, Jennie Trammel was an amazing potter, producing some of the most beautiful pueblo pottery ever.  Unfortunately, she made fewer pottery items than any of the other daughters of Margaret Tafoya. She had a full-time job away from Santa Clara Pueblo and had little time for making pottery.  Interestingly, she was absolutely a phenomenal potter and produced the most beautiful carved wares of the twentieth century.

At first glance, one might overlook that the carved outline of this jar features the revered Avanyu, or water serpent, often seen on Santa Clara and San Ildefonso potteries.  The artist modernized the serpent somewhat so it is not obviously apparent that it is an Avanyu. The lightning from the Avanyu’s mouth has been curled around rather than protruding straight out.

The vessel is signed Jennie Trammel on the underside.

Recommended Reading:  Born of Fire: The Pottery of Margaret Tafoya by Charles King 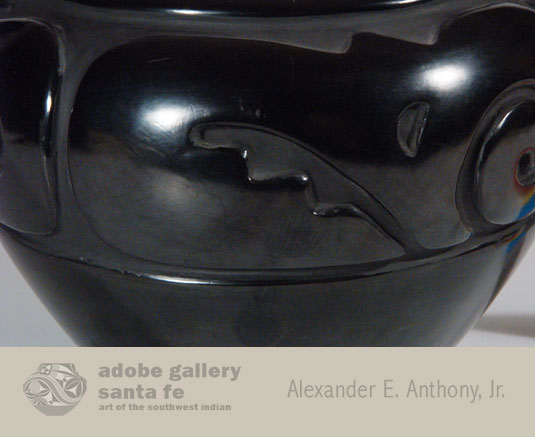