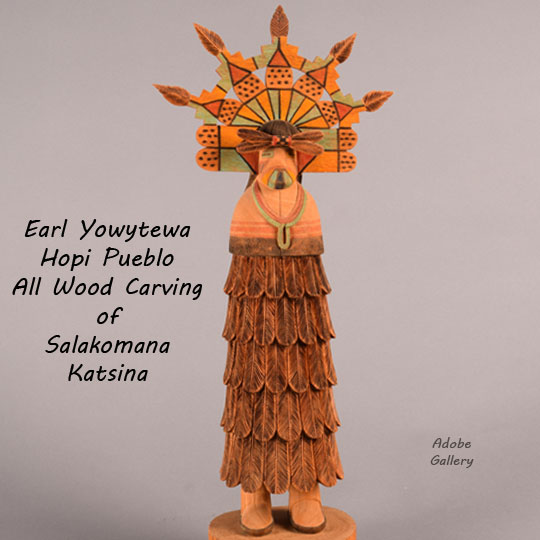 This carving is of the female version of the Hopi Salako katsina, known as Salakomana.  She has a male companion which is designated Salakotaka.  They are almost identical in appearance.  A distinguishing clue between the male and female versions is the color of moccasins—white for the female and blue for the male.  The tablita of both is semicircular.  The body of this eight-foot-tall katsina is covered in feathers, is shoulderless, has a painted chin, and stoops when walking.  This carving is an excellent rendition of the katsina.

Condition: very good condition with an apparent replacement of the center tablita feather.

Provenance: this Earl Yowytewa Hopi Pueblo All Wood Carving of Salakomana Katsina is from the collection of a gentleman from Chicago