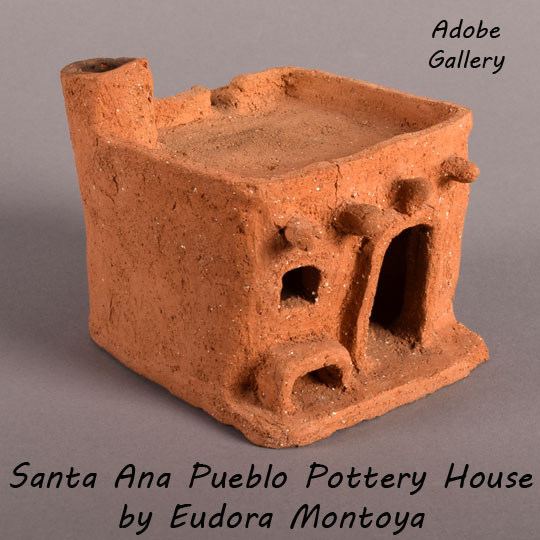 This charming micaceous pottery adobe style house was made by the famous potter of Santa Ana Pueblo, Eudora Montoya, in 1970.  It was a gift from the potter to the family of the current owner.  It has been in the same collection since.  It was exhibited in the Inaugural Exhibition of the Indian Pueblo Cultural Center in 1977.

The house is hollow, has a bench under the front window and vigas protruding under the roof. The roof is flat, in traditional style, with a canale in the back to facilitate water runoff.  There is a chimney and there are vigas extending from under the roof.

Provenance: this Santa Ana Pueblo Pottery House by Eudora Montoya is from an estate in Albuquerque