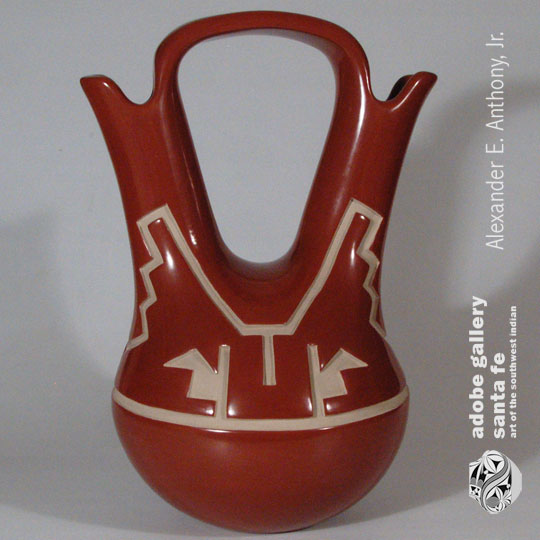 LuAnn Tafoya, a daughter of Margaret Tafoya, certainly inherited the talent to produce beautifully sculpted vessels with outrageously burnished surfaces. She has made jars almost three feet tall, a feat not easily accomplished. Her grandmother, Sara Fina Tafoya, was a masterful potter, as was her mother, Margaret, who, in turn, passed on this artistic gene and talent to nine children and numerous grandchildren. 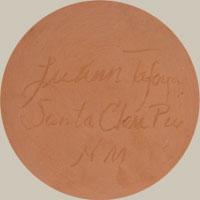 LuAnn has been a consistent award winner every year since 1980 and the ribbons keep coming in, deservedly.  She is a master potter and has been recognized as such by judges and collectors. Her burnishing is unequal, forms are well balanced, and pottery designs executed to precision.

The design on this wedding vessel makes one think of lightning.  It may or may not have been the intention of the potter, but it does provide a measure of energy to the design if thought of as lightning.  It is inconceivable that a better burnishing could be accomplished by any other potter. The cream slip in the carved depressions was put on without the slightest slip of the brush onto the red slip.  There is nothing anyone could say negatively about this vessel.  It is truly a masterpiece.

Provenance: directly from the artist

Recommended Reading:  Born of Fire: The Pottery of Margaret Tafoya by Charles King 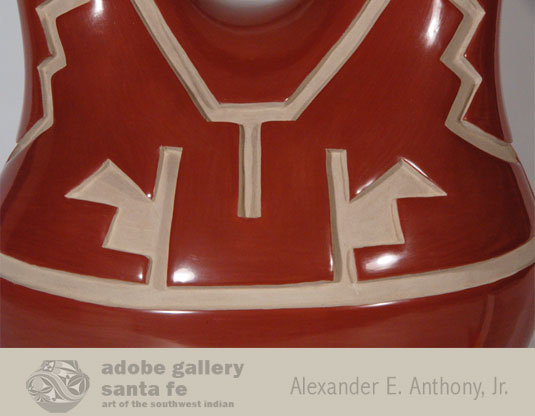