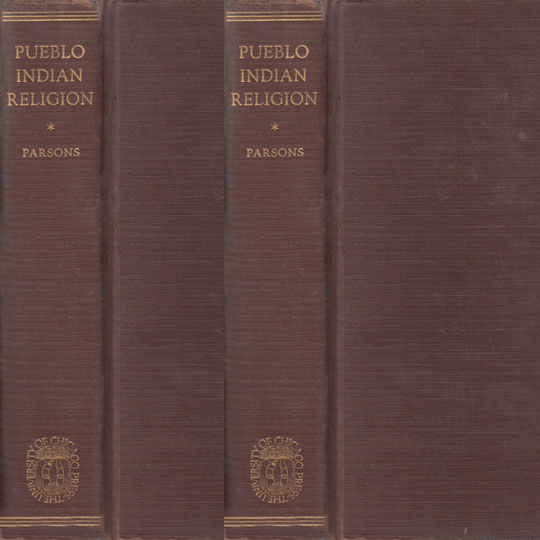 The rich religious beliefs and ceremonials of the Pueblo Indians of Arizona and New Mexico were first synthesized and compared by ethnologist Elsie Clews Parsons. Prodigious research and a quarter-century of fieldwork went into this 1939 encyclopedic two-volume work, Pueblo Indian Religion, published two years before her death.

This classic study of Pueblo religion and ritual is unequalled.  It is the first comprehensive survey of Pueblo social organization, religious beliefs and practices.  It is broad in scope and encyclopedic in detail.